We Knew This Day Would Come – Dottie Herman

We Knew This Day Would Come

We Knew This Day Would Come 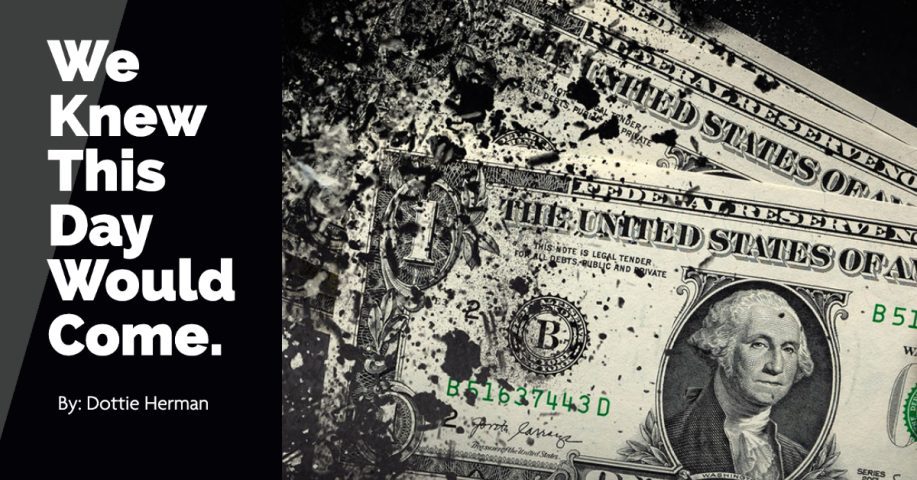 On March 16, 2022, the Federal Reserve announced it is raising interest rates for the first time since 2018. The Fed agreed to raise the rate by 25 basis points, with an expected six more, similarly sized increases over the rest of 2022. Mortgages, car loans and credit card payments are about to go higher. While this wasn’t entirely unexpected, the timing feels a little off. For many months leading up to this decision, many of the central bankers believed interest rate increases wouldn’t be justified until 2023.

It’s been almost two years since interest rates were dropped to near zero levels, making it easier for people to get mortgages and loans. If you were lucky enough to find real estate you could buy, you got in at the right time. Since the start of the pandemic, prices of homes have soared, and for many, so has the value. This ultra-easy money policy was meant to bolster the economy through the pandemic—and for the most part, it did. Low borrowing costs encouraged spending and helped demand rebound throughout 2021. Spending boomed, but supply struggled to keep up. The gap between the two led businesses to raise prices at a faster pace, kickstarting the inflation problem the country faces today.

So, as we emerge from the two-year battle against the pandemic, we are facing sky high inflation. Typically, inflation hovers around 2%. As of the writing of this newsletter, it stands at a forty year high of 7.48% and growing. This means, that for every dollar you spent last year, you are now spending .07 more per dollar. The last time inflation was anywhere near this number was when it hit 8.4% in 1982. Life is about to get a lot more expensive. I’m sure you’ve noticed the cost has gone up on everything from fuel to food to rent and utilities. High demand and supply chain issues have made most things we once took for granted scarce. While some believed the pandemic driven inflation would be temporary, sadly, like an unwanted houseguest, I think it’s here to stay for a while.

So, what does this mean?

The implications are unclear. Whether the Fed timed its rate decision correctly remains to be seen. Many economists have blamed the central bank for allowing inflation to hit historic highs, arguing policymakers moved too late to slow the price surge.

And, the conflict between Russia-Ukraine will hit the US economy hard, continuing to rock and raise inflation to the highest levels in decades. The global supply chain concerns will continue, creating an even higher rate of inflation, especially as so many countries and companies sever Russia from their networks. Supply chain disruptions have been a significant driver of inflations. So as consumer demand for goods has surged, closures of factories, congestion at ports and warehouses, shortages of truckers and higher gas prices have translated to slow delivery times and higher shipping rates, which means higher prices—for just about everything.

While it might be tempting to get into the blame game, the fact is, we are all going to be impacted. Some more than others. But no doubt, we will all feel the pinch.