The Call to Courage – Dottie Herman

The Call to Courage

The Call to Courage 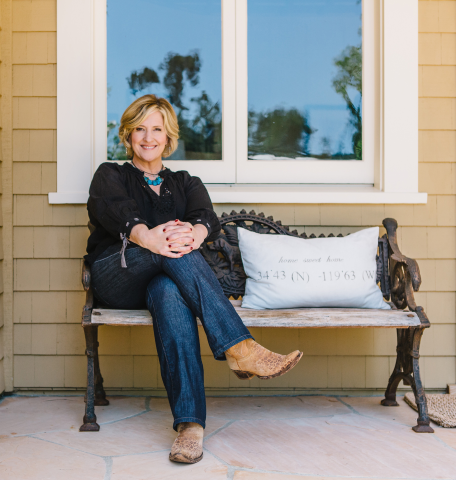 “There is no greater threat to the critics

and cynics and fear-mongers than those of us who are willing to fall because we have learned how to rise.”

Last week I was scrolling through my Netflix app and came across a special titled, The Call to Courage starring Brené Brown. Now, full disclosure—at the time, I had no idea who she was but I was intrigued by the title so I hit “play.”

Brené Brown is a five time New York Times bestselling author and University of Houston research professor who specializes in studying courage, vulnerability, shame, and empathy. All of her books explore the relationship of courage and vulnerability, both, she believes are great strengths. (I happen to agree!) Brown believes that “you have to walk through vulnerability to get to courage, therefore…embrace the suck.”

During The Call to Courage, Brown talks about how to choose courage over comfort, something that felt so timely given the state of fear and uncertainty in the world. Through incredible storytelling, humor and depth she explains the greatest value of courage and vulnerability, saying “The key to whole-hearted living is vulnerability.” Courage, according to Brown, is measured by how vulnerable you are. It’s choosing to put courage over comfort each and every day. Sounds hard, but there are so many good reasons to try it.

According to Brown, choosing courage and vulnerability opens you up to love, joy, belonging and closer to living at our highest and best level. It forces us to live authentic, which can have an exponential impact on everything we do, who we surround ourselves with and how we choose to respond to whatever life throws our way.

Brené Brown became a worldwide sensation in 2010, after giving her first TED Talk, The Power of Vulnerability. She didn’t expect the response she got, let alone the video of that talk going viral. In fact, she didn’t even plan to give the speech she gave that day. It just happened. As her notoriety grew, her husband warned her to stay away from reading the comments people post online. While there were plenty of kind messages, we all know those are usually accompanied by ones that are not as friendly. In fact, they can be downright mean. While her husband wisely cautioned her, Brown couldn’t help herself. I would have done the same thing. And I would have felt as badly as she did after reading some of the cruel and unnecessary comments that were posted. This led her into a marathon binge watching of Downtown Abbey, a way she thought, to clear her mind. After seven episodes, she began to Google information about the show, the actors, and more, until she asked Google who the President of the United States was at the time the show was set. It was Theodore Roosevelt. When she clicked on a link of a speech of his, she came across a quote that changed the course of her life.

“It’s not the critic who counts; not the man who points our how the strong man stumbles, or where the doer of deeds could have done them better. The credit belongs to the man who is actually in the arena, whose face is marred by dust and sweat and blood; who strives valiantly; who errs, who comes short again and again…who at the best knows in the end the triumph of high achievement, and who at the worst, if he fails, at least he fails while daring greatly.”

Reading this quote was an epiphany for Brown. As she said in the special, there was her life before reading that quote and after. Why? It defined what is meant to “be in the arena.” And as someone who has studied shame her entire career, she immediately connected it to vulnerability. Brown says, “Vulnerability is not about losing, it’s about showing up when you can’t control the outcome.” After reading the Roosevelt quote, Brown realized that if you are not in the arena getting your ass kicked and rejected, she was not interested in other people’s feedback about her work. Especially those people who don’t know her and love her. The only people she wants feedback from are those who can be honest, and love “not in spite of your imperfection and vulnerability, but because of it.”

If you get a chance, check out A Call to Courage on Netflix. It will have you thinking about its message long after the credits roll. And when you do, ask yourself whether you are living in courage and vulnerability or are you living in fear and resistance. Are you boldly and bravely standing in the arena or watching life from the sidelines? The choice is always our to make. Which is it for you?